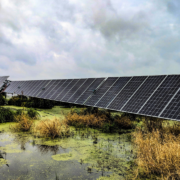 To ensure optimal system longevity and performance, project stakeholders must be attentive to environments and locations that subject PV system components to unusual structural stresses. It is also important to account for the potential long-term performance impacts of these exposures. The most common examples of climate- or location-specific conditions that influence design considerations are seismic; snow and frost; coastal high wind; or high heat and ultraviolet (UV).

Seismic zones are areas where earthquake activity is more likely to occur with a higher degree of severity. In these areas, the seismic hazard will generally drive PV system structural designs. Seismic design considerations are most pronounced in low-slope roof and ballasted ground-mount applications. 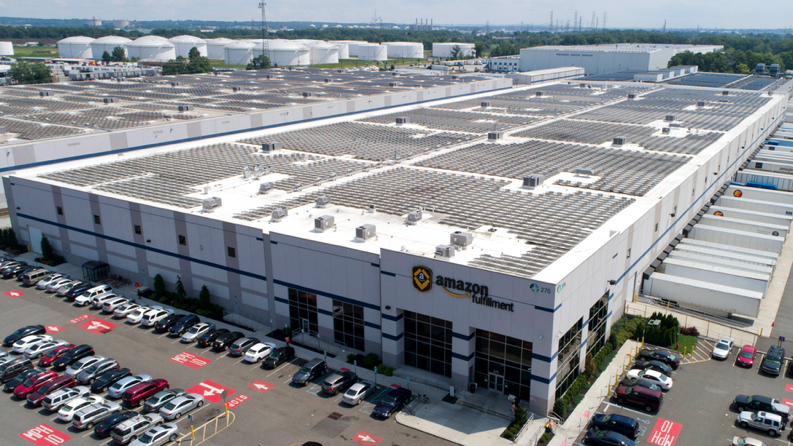 Low-slope roof applications. Seismically induced horizontal forces are of particular concern in non-anchored PV systems. Ballasted roof-mounted projects, for example, are effectively floating structures that are independent of and isolated from the building. Friction and weight are the two main ways to counter seismic forces in ballasted systems. In roof applications, increasing the weight requires additional ballast material and may necessitate roof structure reinforcement. Engineering analyses should consider anchoring as an alternative, as adding anchors may be more practical or cost-effective as compared to increasing the amount of ballast, potentially beyond the roof load capacity.

Ground-mount applications. While ground-mounted projects with driven-pile foundations require no additional adaptation to counter seismic forces, some ground-mounted projects use floating structures that require no ground penetrations. These types of ballasted ground-mount solutions may not prove cost-effective in seismic zones. Project developers in high seismic hazard zones should consider the cost implications of a ballasted foundation before getting too far down the road with a specific equipment supplier.

In locations subject to snow and frost, project stakeholders must consider potential structural and performance issues associated with this environmental exposure.

Structural issues. Ground-mount structures in snow-prone regions must be elevated in order to allow for a buildup of shedding snow. In this environment, three feet of clearance from the landscape is required versus 18 to 20 inches for most ground-mount applications. Snow-load forces are especially acute in steady-state fixed-tilt structures. Single-axis trackers, which move throughout the day, are generally spared from the worst snow loads. Due to the height requirements, it is extremely important to have a geotechnical report for these projects. Site-specific geotechnical data ensures that the basis of design properly accounts for the additional forces associated with snow loads. Project stakeholders must also confirm that the structural design accounts for frost effects, such as foundation heaving.

Performance issues. The PVsyst projections in this environment need to account for the impact of snow cover. Ignoring these performance impacts is not an option, even in tracker-mounted applications. As an Owner’s Engineer, we have little confidence in unvalidated and proprietary snow loss models or calculators. Our preference is to use the Marion snow loss model, which is based on years of rigorous scientific studies and has been independently validated and adopted by the National Renewable Energy Laboratory (NREL).

Coastal high-wind environments are subject not only to high wind speeds associated with hurricanes, but also to flooding.

Wind mitigation. High wind speed design environments tend to drive the structural design and engineering. In tracker applications, wind stow strategy and stow angle are extremely important. The impact of loss of power is important, as some trackers rely on electricity to achieve the desired stow angle and to resist wind forces. All else being equal, I prefer systems that can survive a hurricane without requiring redundant systems. The Fukushima nuclear reactor had three levels of redundancy, all of which failed during an emergency. 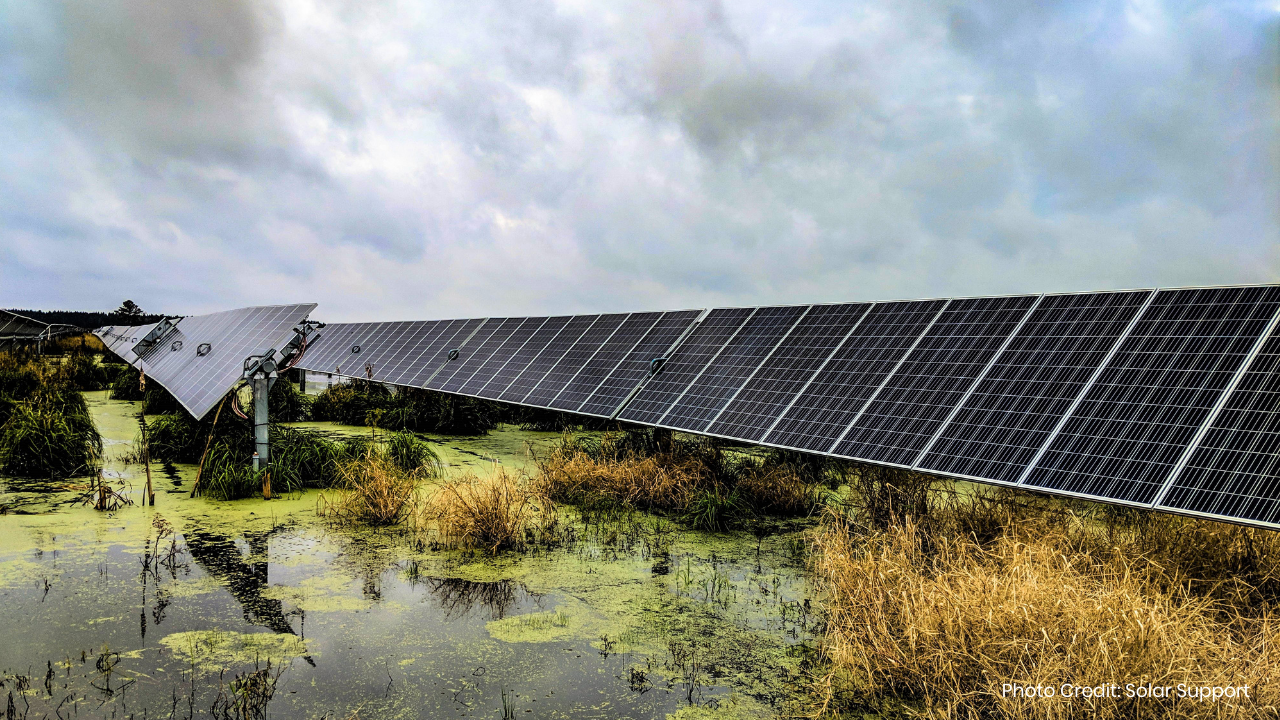 Flood mitigation. Because hurricanes produce an extreme amount of rainfall, it is critical that project designs in this environment accommodate flooding. Elevating mounting structure height is a common design response for reducing flood risk. It is also important to elevate electrical equipment and PV wire to provide flood clearance. 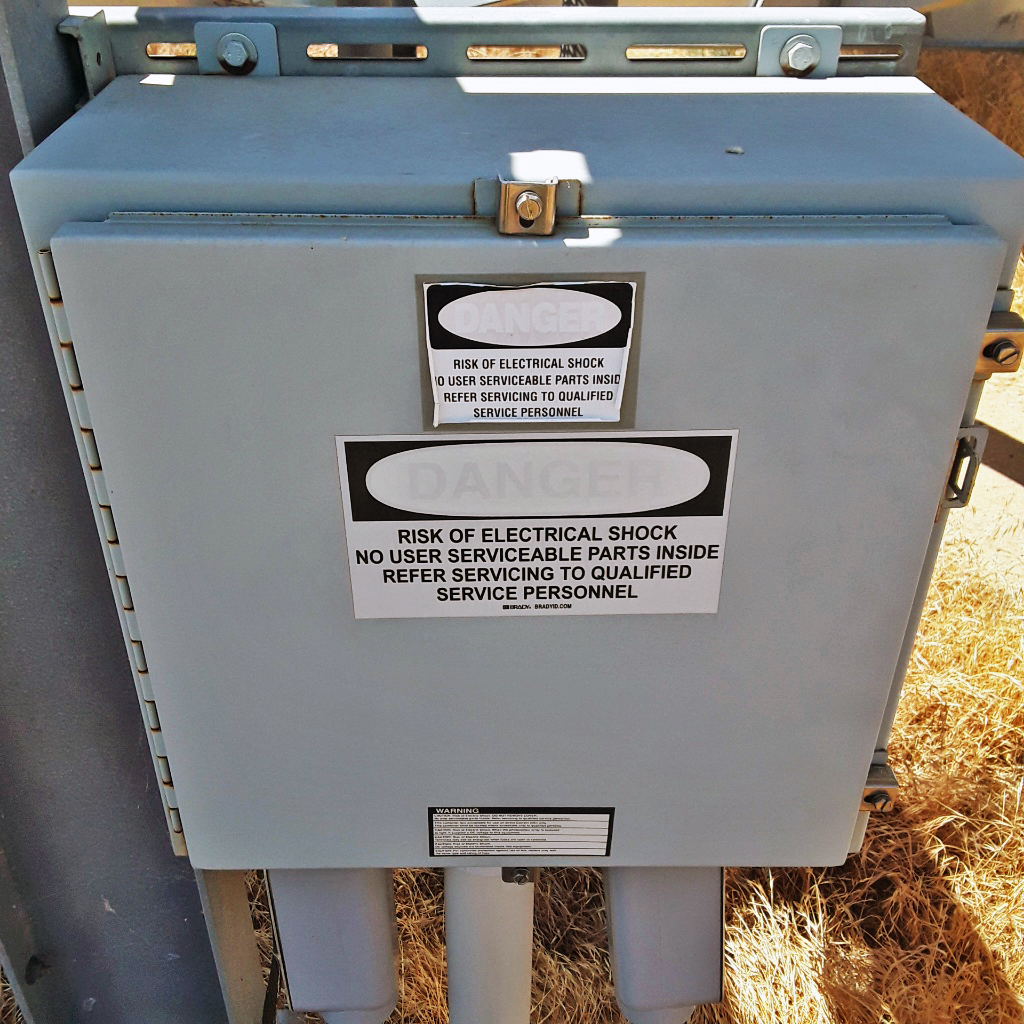 UV degradation. The long-term impact of UV exposure is a concern for wire management hardware, PV wire, labels, plastic enclosures, and so forth. These are all things that may degrade much faster than anticipated in a high-UV environment. Strategic product specification is one way to mitigate these impacts. Keeping components out of or protected from the sun is another.

Thermal derating. Inverter type and placement are especially important in a high-heat environment. In most cases, large central inverters maintain full rated power output up to a higher ambient temperature as compared to string inverters. At the same time, it is easier to install string inverters in the shade than a skid-mounted power station. In a ground-mount application, the array itself can provide shade for a string inverter. Optional shade covers are available for string inverters in low-slope roof-mounted applications

If you are looking to improve quality assurance and reliability on your PV projects, contact PV Pros to learn more about our Owner’s Engineering services.

Want to join the discussion?
Feel free to contribute!