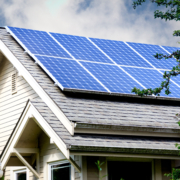 Nowadays, it’s not uncommon to find solar panels installed by a solar independent engineer on the roof of both residential and commercial buildings. These solar panels comprise small cells referred to as photovoltaic cells. These cells are the functional part of solar panels and generate electricity when exposed to sunlight. According to the U.S. Bureau of Labor Statistics, modern photovoltaic solar cells were invented in the 1940s and 1950s, and the technology has progressed significantly over the years. Photovoltaic cells work through a process called the photoelectric effect. The photoelectric effect is explained below.

How Does a Photovoltaic Cell Work?

Photons are particles of radiant solar energy that comprise sunlight. Photons contain varying quantities of energy. Some photons are absorbed, while others are reflected when they strike a solar cell. Electrons inside the solar cell material detach from their atoms when the substance absorbs enough photon energy. The electrons travel to the solar cell’s front surface, which has been designed to be more susceptible to free electrons. When a large number of electrons, each with a negative charge, flow toward the cell’s front surface, the ensuing charge imbalance between the front and rear surfaces provides a voltage potential, similar to the positive and negative terminals of a battery.

Electricity flows when an external load links the two surfaces. PV cells are usually joined in chains by a solar independent engineer to form bigger components, known as modules, to increase their power output. Individual modules can be utilized, or many modules can be combined to make arrays. As part of a comprehensive PV system, one or more arrays are subsequently linked to the electricity grid. PV systems can be developed to satisfy practically any electric power requirement, big or small, thanks to their modular construction.

What Are the Types of Solar Cells?

Solar cells are an efficient way to generate electricity for residential and commercial purposes. It’s more environmentally sustainable, too, making it an attractive option for eco-conscious individuals. Need the installation of solar panels by a solar independent engineer? Don’t hesitate to reach out to us.